A Winter of creativity lost

“In a winter of creativity lost. It is cold and lonely but beautiful and insightful. A place of regrouping, recharging and re-imagining”.

Here, in South Africa, High Veldt- winters are horrible. It is dry, cold, brown and dusty, then by mid day it is the same but hot and late afternoon the early mornings get repeated. Your sinuses are in irritation mode, your skin feels like a land bound crocodile’s, and your eyes have the constant all-nighters’ look.

This was the spiritual and emotional discomforts I experienced, and it almost drove me to drink! Luckily alcohol makes me sneeze, so I ate Chocolate instead. In my quest of finding creativity; I Pondered. (Pondering can’t be done properly, without a piece of chocolate melting in your mouth.)

My status as one of triplet girls has always been a double-edged sword. I had my sisters to play with, and more attention than we wanted, semi-celebrities wherever we went (THE TRIPLETS) and a random gardener buying us ice-cream because he felt sorry for us. He told my dad that he is sure that there is not enough money in our house for ice-cream with so many children. (we were 4 at that stage)

The problem was that my sisters are monozygotic twins, meaning that they develop from one egg,   and I am the random egg  (singleton) that decided to share the womb with them. Growing up was treated as an intruder in there twin world . While the rest of the world,saw us as a unit, and would ask stupid questions like, why is the one fatter than the other, or why I had curly hair and look different from my sisters? Being dressed the same did not help either.

I was looking for individuality from a very young age, I developed my own style with flowers in my hair, my clothes inside out, or back to front (this way I was not dressed the same as my sisters). Wearing scarf’s around my head pretending to have long hair or my mom’s doilies as hats.

I would play in the garden amongst the flowers and had a fairy village with a government, infrastructure and agriculture. Bugs, twigs and flowers were my building blocks, and my creativity was endless. It was a world where I was accepted and understood.

My mom and granny were dressmakers and my dad did some woodwork. Between them, I had beautiful scraps of material and buttons, blocks and wood shavings to play with. I would make dresses for my dolls, make pictures with the wood shavings and have royal weddings with the buttons. Nothing escaped my Imagination and even the old toilet brush holder was turned into a baby bed! ( I know! That is a bit disgusting, but I was 8! )

In this world of making and imagining and then losing my hair as a teenager (because of Alopecia) and the turmoil that followed, my creativity was formed. It was nurtured and received by some, ignored or destroyed by others. I grew up and developed into whom I am today.

I thrive when I am creating or making something! I love the place of flow , where I am caught up in the moment and the world seize to exist and time stands still. I dance to the beat of my own drum and most of all, I do not need permission or approval to create. This was where the light went on!

I became a people pleaser and was creating with others in mind, looking for approval and permission instead of going with my instinct!

Spring is coming, there are little green shoots peaking out amongst the dry grass. A pair of Swallows are making a nest on my friends patio and the cacophony of bird song has started waking me up in the morning, Soft rain has been falling since last night and little green buds of creativity are opening inside of me.

I have dresses to finish and photos to edit, so I will be of to go and play with the faerie Queene for now. 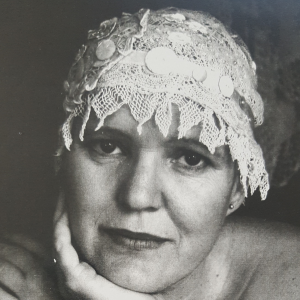 5 thoughts on “A Winter of creativity lost”